NFRW President Ann Schockett took to the airwaves on Thursday with an urgent call to action in response to court-packing bills introduced by Democrats in the House and Senate (watch here). 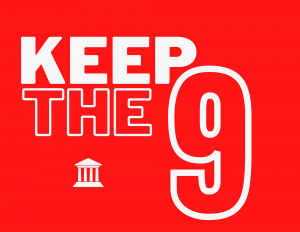 Speaking from the new NFRW multimedia room, President Schockett described the move as a blatant power grab and attempted “hostile takeover” of the Supreme Court. “Call your elected officials – NOW – and tell them that you, as a constituent, are opposed to packing the Supreme Court,” she urged. “Ask them to support the Keep Nine Amendment to permanently shut the door on court packing.” For more information on the Keep Nine Amendment, go to the NFRW Legislation and Advocacy Page.