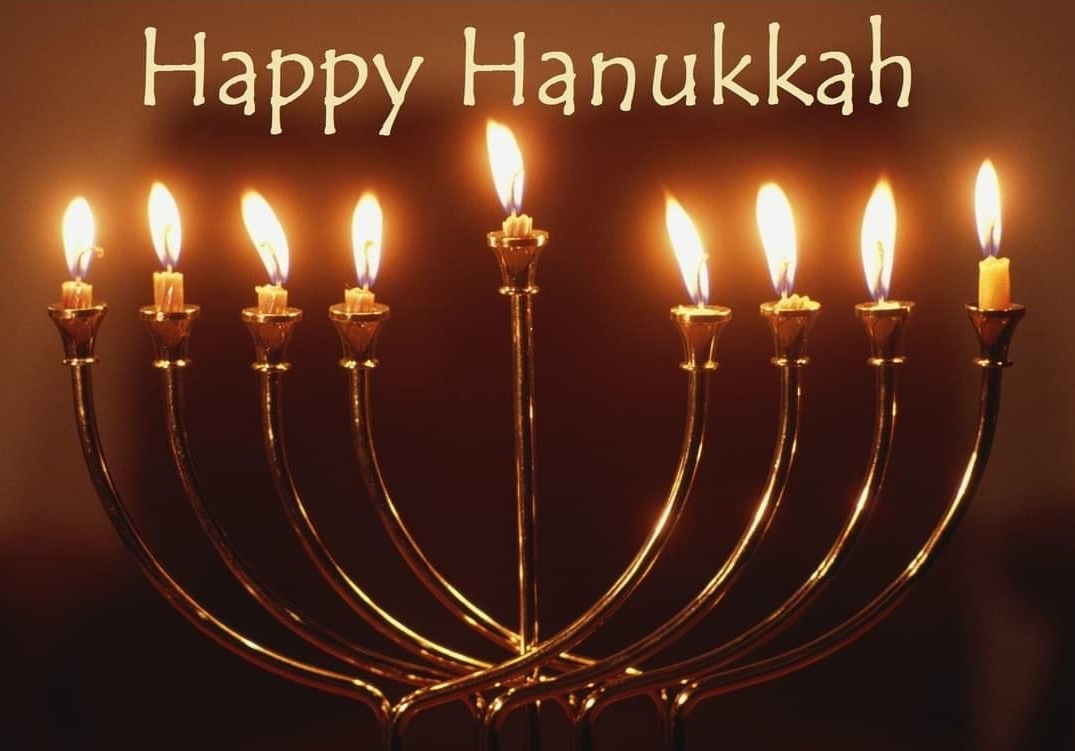 Blessings to you during the joyous festival of light! May the glow of the menorah and the love of the Lord fill your hearts and homes during Hanukkah and throughout the year.

Hanukkah commemorates the rededication of the Jewish temple in Jerusalem in the 2nd century BCE. King Antiochus of Judea had outlawed the Jewish religion and desecrated the Holy Temple. A rebellion was led by Priest Mattityahu and his five sons including Judah Maccabee who took over the cause when his father died. When the Jews defeated their oppressors, they rededicated the temple. After the temple was cleaned, olive oil was needed to fuel the Eternal Light. Though there was only enough oil to burn for one day, the oil lasted eight days.

During the eight days of Hanukkah, Jews light a menorah, eat foods made with oil, and celebrate their religious freedom while recounting the great miracle that occurred