Thursday marked one year since Joe Biden was sworn in as President of the United States. Instead of defeating COVID and unifying the country as he promised, President Biden and the Democrats’ far-left socialist policies have worsened our divisions and left Americans poorer and worse off than where they were a year ago. Republican women are encouraged to use the anniversary to talk about President Biden’s failed leadership

Biden’s Energy Crisis: Since taking office, Biden has enacted an anti-energy agenda that has caused energy prices to skyrocket. The national average for a gallon of gas reached $3.28 per gallon in December 2021, with a total rise of 49.6% for the year.

Biden’s Border Crisis: Because of President Biden and Congressional Democrats’ open-border policies, every state is a border state. Since Joe Biden took office, over 1.7 MILLION illegal immigrants have been apprehended at our southern border.

Biden’s COVID Crisis: President Biden failed in his promise to “shut down” the virus, and his lack of leadership left many Americans’ struggling to find tests and treatment. This month, the U.S. broke the record for most COVID hospitalizations, and more Americans died from COVID in 2021 than in 2020.

Biden’s National Security Crisis: President Biden has been weak on the world stage, from the disastrous pullout and Taliban takeover of Afghanistan to an emboldened Russia threatening Ukraine and the failure to hold Communist China accountable for its lack of transparency and mishandling of the COVID outbreak. 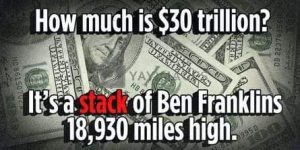 National Federation of Republican Women~ We Need 5 Minutes of Your Time August 31, 2022

Join us and make a difference in your community and keep our nation strong! August 7, 2022

Prime Time with the National Federation of Republican Women July 29, 2022