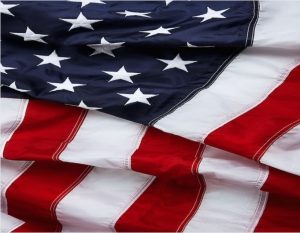 We NFRW Members Will Never Forget 9/11! Where were you, that morning? Please watch NFRW 9/11 video commemoration segments at the time of each attack: 8:46 AM ET, 9:37 AM ET, and 10:03 AM ET.
From the opening remarks of the full video tribute (to be made public on September 12, 2021) by NFRW President Ann Schockett:
September 11, 2001. A day seared in our memories.
Airplanes were the weapon of choice that fateful day.
They were flown into New York’s World Trade Center, its majestic skyscrapers collapsing into rubble.
Smoke streamed from the Pentagon.
Debris was strewn over a field in rural Pennsylvania.
An unfathomable human toll.
The National Federation of Republican Women responded immediately to President George Bush’s call to show the terrorists that America would not be intimidated.
We held our 29th biennial convention just days after the attacks.
Then-president Marian Miller addressed our sisters who bravely fought shock and fear to gather in San Antonio. She said: “Last week, most Americans were going about their daily lives. This week our lives are upside down, and now the world has changed. Terrorism left an ugly scar on America… And no matter how hard we try, words just cannot express the horror, the shock, and the revulsion that we all feel over what took place in our nation last week.”
I’m Ann Schockett, current president of our NFRW.
When our country was attacked, my home state was hit first.
As for us all, the memories remain vivid, unshakable.
It was Primary Day. I lived in Nassau County, Long Island, NY just outside of New York City.
I returned from the first round of supervising polls that morning and put on the TV only to witness what looked like a scene from a movie but was all too real.
I joined countless others with family members and friends living or working near the attack; we didn’t know if they were alive or in imminent danger.
I was able to speak for only a moment with my daughter who chose to remain at work in downtown Manhattan to help others leave.
We lost communication, but I was able to get through a quick email, “Debs, honey, please, please take care of yourself. Be safe, precious darling. I love you. Call me if you can.”
Communications went black.
I could not reach my other children or my mother. Every moment was endless.
I prayed – hard.
Just days later, I was on an assignment at ground zero and watched with awe our courageous first responders still relentlessly searching for signs of life.
Over the days and weeks that followed, I attended too many memorial services of former students, friends, neighbors on Long Island and from my hometown in Queens, NY.
Some of the grieving families could never hold a funeral.
For those of us who lived through it, 9/11 will always feel like yesterday. Yet, it’s been 20 years.
There are young people in college today who were not even born when the terrorists turned planes into missiles, aimed at the very soul of America.
On this, the 20th Anniversary of 9/11, at the time of each attack, the NFRW invites you to join some of our sisters and friends at the sites of those heinous attacks to view the ugly scars and the memorials that stand there today as moving tributes to the heroes of that dark day, to remember, reflect, pray for and honor the memory of those who perished.
###